Meet a Christian Apologist and Engage in Apologetic Games and Challenges

John Warwick Montgomery (Ph.D., Chicago, D.Théol., Strasbourg, LL.D., Cardiff, Dr. [h.c.], Institute for Religion and Law, Moscow) is Emeritus Professor of Law and Humanities, University of Bedfordshire, England, Distinguished Research Professor of Apologetics and Christian Thought, Patrick Henry College, Virginia, U.S.A., and Director, International Academy of Apologetics, Evangelism & Human Rights, Strasbourg, France. His legal speciality is the international and comparative law of human rights and he regularly pleads religious freedom cases before the European Court of Human Rights. He is a U.S. and U.K. citizen, the author of some fifty books in five languages ( www.ciltpp.com ), and is included in Who's Who in America, Who's Who in France, the European Biographical Directory, Who's Who in the World, and Contemporary Authors.

JOHN WARWICK MONTGOMERY is considered by many to be the foremost living apologist for biblical Christianity. A renaissance scholar with a flair for controversy, he lives in France, England and the United States. His international activities have brought him into personal contact with some of the most exciting events of our time: not only was he in China In June 1989, but he was In Fiji during its 1987 bloodless revolution, was involved in assisting East Germans to escape during the time of the Berlin Wall, and was in Paris during the 'days of May' 1968. Dr. Montgomery is the author of more than forty books in five languages. He holds ten earned degrees, Including a Master of Philosophy in Law from the University of Essex, England, a Ph.D. from the University of Chicago, and a Doctorate of the University in Protestant Theology from the University of Strasbourg, France, and the higher doctorate in law (LL.D.) from the University of Cardiff, Wales. He is an ordained Lutheran clergyman, an English barrister, and is admitted to practise as a lawyer before the Supreme Court of the United States and inscrit au Barreau de Paris, France. He obtained acquittals for the 'Athens 3' missionaries on charges of proselytism at the Greek Court of Appeals in 1986 and won the leading religious liberty cases of Larissis v. Greece and Bessarabian Orthodox Church v. Moldova before the European Court of Human Rights.

To use C. S. Lewis's words, John Warwick Montgomery was brought over the threshold of Christian faith "kicking and struggling." The year was 1949. The place, Cornell University, Ithaca, New York. Herman John Eckelmann, a persistent engineering student succeeded in goading Montgomery into religious discussions. Montgomery, a philosophy major disinterested in religion, found himself forced to consider seriously the claims of Jesus Christ in the New Testament in order to preserve big intellectual integrity. After no mean struggle he acknowledged his rebellion against God and asked His forgiveness. Dr. Montgomery is the author of over one hundred scholarly journal articles and more than fifty books in English, French, Spanish, and German. He is internationally regarded both as a theologian (his debates with the late Bishop James Pike, death-of-God advocate Thomas Altizer, and situation-ethicist Joseph Fletcher are historic) and as a lawyer (barrister-at-law of the Middle Temple and Lincoln's Inn, England; member of the California, Virginia, Washington State, and District of Columbia Bars and the Bar of the Supreme Court of the United States). 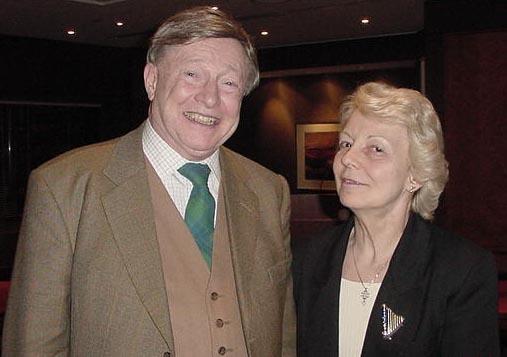 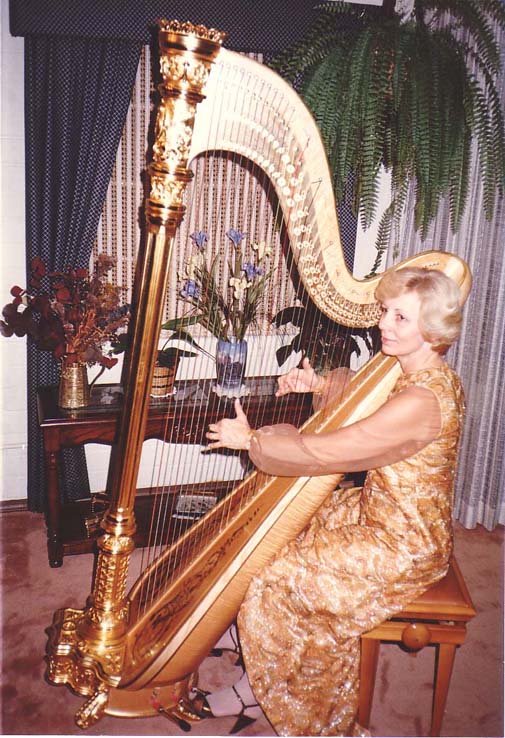 LANALEE de KANT MONTGOMERY, B.Mus (Eastman School of Music of the University of Rochester) is an internationally renowned harpist and harp teacher. For many years she served as principal harpist of the New Orleans Symphony Orchestra and of the Vancouver Symphony Orchestra; she now does special appearances. She has played under the baton of the great conductors of the 20th century: Ralph Vaughan Williams, Pierre Monteux, et al. Recently, she was harpist for the European premier of Sir Malcolm Arnold's latest work. Her talents are not limited to classical orchestra work; some years ago, she was chosen by Ringo Starr of The Beatles to accompany his musical Christmas card! Among her former students is the associate harpist of the New York Metropolitan Opera.

From: Havers' Companion to the Bar [updated and revised for this webpage]

From: Contemporary Authors (Gale Publishing) [updated and revised for this webpage]

WRITINGS:
The Writing of Research Papers in Theology, Divinity School, University of Chicago,1959.

The Shape of the Past: An Introduction to Philosophical Historiography, Edwards Brothers (Ann Arbor, MI), 1962, revised edition, Bethany Fellowship, 1975.

The Altizer-Montgomery Dialogue: A Chapter in the God Is Dead Controversy, Inter-Varsity Press (Downers Grove, IL), 1967.

Where Is History Going? Essays in Support of the Historical Truth of the Christian Revelation, with a commendatory letter by C. S. Lewis, Zondervan, 1969.

Damned through the Church, Bethany Fellowship, 1970.

Principalities and Powers: The World of the Occult, Bethany Fellowship, 1973, 2nd edition, Pyramid, 1975.

How Do We Know There Is a God? and Other Questions, Bethany Fellowship, 1974.

The Law above the Law, Bethany Fellowship, 1975.

The Shaping of America, Bethany Fellowship, 1976.

Slaughter of the lnnocents, Crossways, 1981.

Law and Morality: Friends or Foes? An Inaugural Lecture, University of Luton, England, 1994.

The Repression of Evangelism in Greece, University Press of America, 2001.

The Libraries of France at the Ascendancy of Mazarin, Verlag fuer Kultur und Wissenschaft, 2016.

Fighting the Good Fight: A Life in Defense of the Faith [Autobiography], Verlag fuer Kultur und Wissenschaft, 2016.
NOTE: All publications in the above list, previously available from the Canadian Institute for Law, Theology and Public Policy, are now to be ordered from 1517 The Legacy Project: www.1517legacy.com. Many of the books published by the Verlag fuer Kultur und Wissenschaft in Bonn, Germany can be obtained in the Americas from Wipf and Stock Publishers, Eugene, OR (www.wipfandstock.com).

EDITOR:
(And translator) A Seventeenth-Century View of European Libraries, University of California Press, 1962.

Christianity for the Tough-Minded, Bethany Fellowship, 1973.

Editor-at-large (with others, and contributor), "Current Religious Thought," a section of Christianity Today, 1965-83.

Editor (with Gene Edward Veith), Where Christ Is Present: A Theology for All Seasons on the 500th Anniversary of the Reformation, 1517 The Legacy Project/NRP Books, 2015.

With Gene Edward Veith, editors, Where Christ Is Present: A Theology for All Seasons on the 500th Anniversary of the Reformation (NRP Books, 2015).

Autobiography: Fighting the Good Fight: A Life in Defense of the Faith [scheduled for publication by the Verlag fuer Kultur und Wissenschaft, Bonn, Germany].

SIDELIGHTS:
John Warwick Montgomery once told Contemporary Authors: "My world-view was hammered out at university; there I became a Christian. . . . Like the late C. S. Lewis (one of my greatest heroes), I was literally dragged kicking and screaming into the Kingdom by the weight of evidence for Christian truth."